GIST JFA (Java Framework Architecture) is a Software Development Kit for designing software applications in Indian languages. It consists of a set of Java components and supporting classes which enable the creation of content in Indian scripts. The scripts supported are Assamese, Bengali, Devnagari, Gujarati, Kannada, Oriya, Punjabi, Malayalam, Tamil, Telugu and English.

Components:
The following components are currently supported by GIST JFA:

The data stored in these components is in ISCII. Support for data storage in Unicode is available through APIs.

Sample applications like Editor and Floating Keyboard have been made. 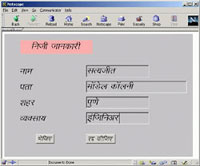 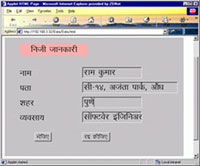