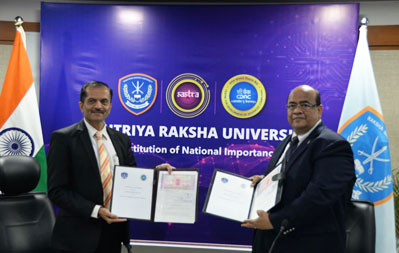 "As a first step, the plan is to establish a National Critical Infrastructure "PARAM Modeling of Data Intelligence HPC-AI Converged Laboratory" - the first of its kind in the world equipped with technological capabilities in Artificial Intelligence, Machine Learning, High Performance Computing, Big Data Analytics, Block Chain, Facial Recognition, Image Processing, Robotics, IoT and Cyber Security with future progress that shall yield faster results with much accuracy contributing to Digital India and global technology superiority. PARAM Modeling of Data Intelligence National Critical Infrastructure will have most of the hardware components designed and manufactured in India (MAKE IN INDIA), indigenous software stack, tools and security layer. To take this mission further, we have planned to use technology for advancement in Strategic, Defense, National Security and Police Administration" said Dr Bimal N Patel, Vice Chancellor, RRU. 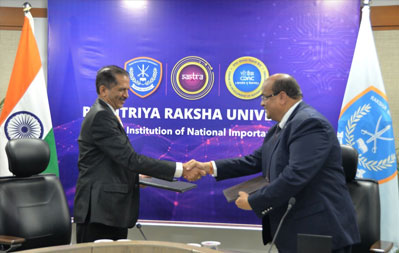 "Artificial intelligence (AI) useful in intelligence due to the large data sets available for analysis is a rapidly growing field of technology with potentially significant implications for national security and Strategic sectors like the Defense. AI research is underway in the fields of intelligence collection and analysis, logistics, cyber operations, information operations, command and control, and in a variety of semi-autonomous and autonomous vehicles. 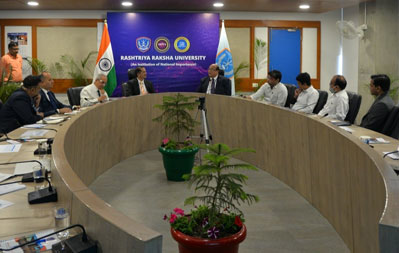 Further to this in a planned roadmap ahead, this will have its own indigenous Server Board, HPC-AI Converged Processor, Network Security, Quantum Accelerator, High Throughput Storage and Direct Liquid Cooling Data Center as the key components - A Quantum Leap Forward Towards Atmanirbhar Bharat. As a part of Nation Data Policy, with the Cloud Infrastructure developed, data will be utmost secure and reside in India.

Through this relationship RRU will access significant capacity of the HPC-AI Supercomputer 'Param Siddhi - AI' which is currently the most powerful and fastest Supercomputer in India and ranks 62nd in the world.. This will enable RRU to catalyse partnerships with the Academia, Industry, MSMEs and Start-ups, and facilitate coordination among different Central Armed Police Forces and other security forces.