At the launch, Saxena said the Sanjeevani service will prove to be a milestone in the coming times.

At the launch, Saxena said the Sanjeevani service will prove to be a milestone in the coming times.

NEW DELHI: Taking the first step on implementing the Intelligent Traffic Management System (ITMS) in the city, Delhi Traffic Police said on Tuesday that the survey of 850 traffic intersections has been started. A detailed study will be done of the crossings on important roads and the existing road infrastructure. This action puts the project, which was rolled out over a decade ago, on the final stretch of implementation. 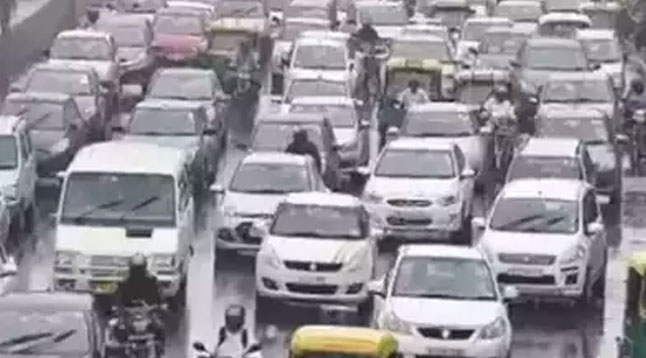 Delhi has around 850 intersections and 480 blinker signal points, which makes a total of around 1,400 road junctions

Traffic police officials confirmed that the memorandum of understanding on the survey was signed in March and the survey began in June. The survey will comprise a detailed analysis of the existing traffic system in Delhi as well as the vehicular volume on arterial roads. In the first phase of the elaborate exercise, important traffic intersections are being analysed at the moment.

Delhi has around 850 intersections and 480 blinker signal points, which makes a total of around 1,400 road junctions. A study will be carried out to ascertain the traffic volume, average speed on the road, number of pedestrians using the road, stoppage time and average travel time taken to cross the junction. The survey will also study the geographic information systems to predict likely traffic movement in real time depending on the area and topography.

Surender Singh Yadav, special commissioner (Traffic), said, “The survey report will be submitted by the end of the year.” He said the study would also see how camera and 4D radar-based non-intrusive sensors for vehicle presence detection, vehicle counting, classification, queue length monitoring and speed and direction would help understand traffic flow and management. There will also be a video-based incident detection system and the survey will consider how it can be implemented.

ITMS is a technology that employs artificial intelligence to assess traffic in real time. When implemented it is likely to change the traffic scenario in the city. Real time traffic information will be passed to commuters. The human interface in road management will be reduced and traffic signals will operate automatically during the day depending on traffic volume and average speed on the road.

As part of ITMS, high resolution video cameras will be installed for a traffic pattern analysis. Once the detailed project report is readied, it will take around six months for the system’s implementation and traffic police hope to see the changes on the ground by next year.

Special officer of MCD Ashwani Kumar said that they working to make the civic body a paperless office. “Covid has given us so much of opportunities of experiments to do for the welfare of the citizens. We are committed to providing the best in class services to the citizens.”