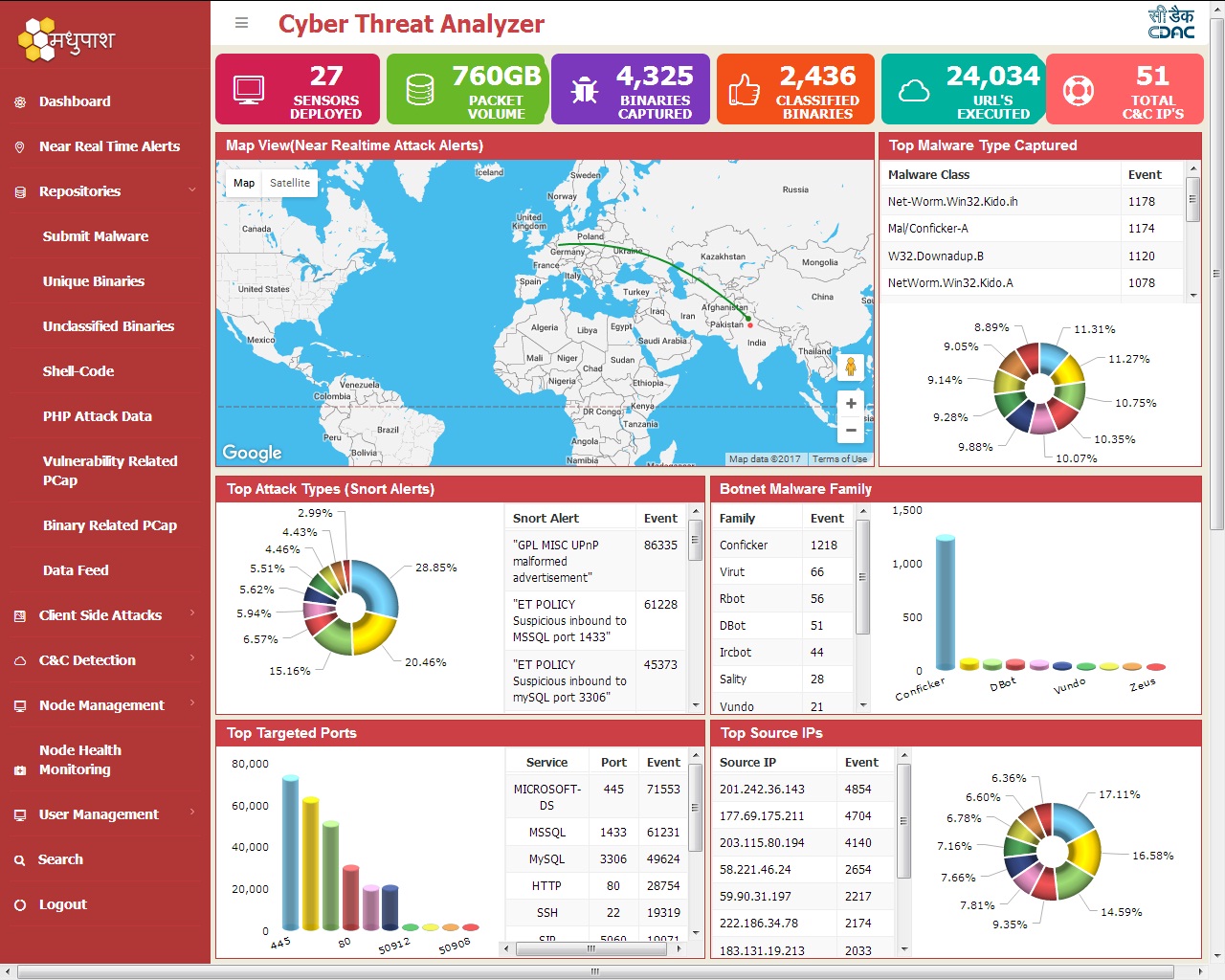 A user can dynamically configure the honeypot nodes in terms of type of honeypot and the vulnerabilities exposed to the attacker. The attack data collected with honeypot sensors at a node is filtered, logically fused and displayed at the client node and subsequently sent to the central server. At central server, the data collected from multiple clients is correlated and processed by server side analysis engines. The web application running at central server displays the statistics of the captured data and analysis results.